Ever wanted to try mousing for those nocturnal browns?

Guide Bryan Allison has spent the past several years developing this trip and learning the night habits with some fantastic results.  While big browns are the primary target, it's amazing how many fat rainbows will explode on a mouse too. While catch numbers may be lower than daytime nymphing, average fish size is up, and the chance at a truly big fish is real.

And who doesn't like to have their topwater bait walloped by a fish weighing in the pounds....

Full moon makes for great scenery and easier navigating.
New moon provides just as much action, maybe more.
Either way, it's a whole new adventure in the dark.

Trips will run as long as you can last, but will be planned to run the full six hours of darkness at the height of summer.  Most big fish are caught during the AM hours, so fishing till daylight is recommended, with the added benefit of being present for early morning action at dawn when the river wakes up.

While other trout fishing is in its summer doldrums, mousing after dark can be at its peak.  Prime months are June and July, but the action begins in May and lasts into the fall.

A night of mousing can be great all by itself or a part of a multi-day trip.  If you already have a trip booked with Steinmetz Outfitters this summer, call Josh up and add in a nighttime trip! 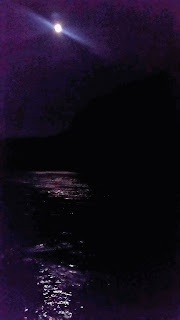