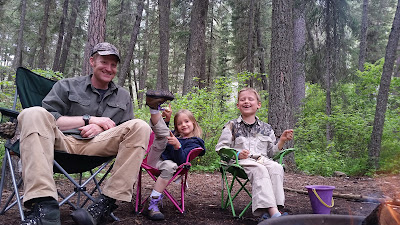 Much of my fishing this past spring and summer didn't find me with a rod in my hand.  I have been on a string of little adventures with my kids.  We have camped.  We have floated.  We have hiked.  And we have waded streams.  Usually the actual endeavor of fishing gives way rapidly to other more interesting and pressing activities.  Such as catching bugs or collecting rocks. Chasing minnows.  Climbing rock walls.  Even playing legos on the floor of my drift boat. 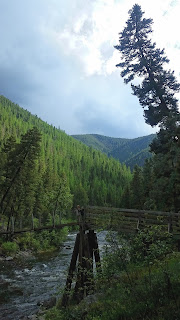 I don't really relate to this diversion. Of course I did my share of catching frogs throughout childhood, but by the time I was the age of either of my children I was begging my dad to take me fishing.  I craned my neck from my car seat as a toddler when we went over bridges and asked like clockwork "Are there fish in there?"  I practiced casting rubber plugs in the yard at home for fun before I was in kindergarten.  I fashioned tiny hooks from straight pins with needle-nosed pliers and caught minnows in the creek by the house.  Neither of my two little ones have been bitten by the bug quite like I was, but hopefully it will come. 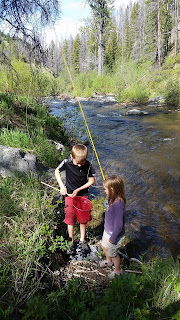 I'm increasingly convinced that its harder to teach fishing to one's children than it is to any other member of the human race.  Or maybe its just my children.  I didn't really expect that.  I'm sure there are lots of reasons.  A primary one is probably that just about anyone else I take fishing wants to go.  They've gone through effort to make a trip happen.  They made it a priority, and probably worry that if they don't give their best "they're wasting my time".

In contrast, my little guys probably see fishing the same way they see taking a bath or eating supper - facts of life.  Both have to happen, and both can be fun, but not always.  To them, fishing is probably just as "normal" an activity as checking the mailbox.  Not necessarily something special. 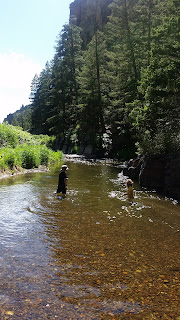 To my son, fishing is merely a trip to the grocery store.  And he views it the same way most men view a trip to the supermarket - get in, get the goods, get out.  One of his absolute favorite meals in the world is fish and corn on the cob.  He'd probably be just as pleased to pick corn from the garden as he would be to hook a fish.  Not to say there aren't plenty of smiles once he's got one on the end of the line, but so far, the pursuit of it brings him no reason to get excited.  And trying to convey catch-and-release to him brings only weeping and wailing.  Plus, he's awfully perfectionistic.  He can't stand to be wrong, and he can't stand it if he's not instantly the best there ever was.  Which is never.  He doesn't seem to understand that I've been fishing longer than four times his entire life span and that of course it should mean that I'm better than he is.

My daughter shows signs that she may spark real interest first. Her casting and her questions are more intuitive. She actually has asks to practice in the yard sometimes.  Fishing works its way into her play - she'll make rods from sticks and string for pretend, she'll play in the drift boat in the driveway.  And she's eager to be the one who personally gets to let every fish we catch go. 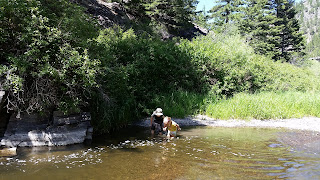 One thing that they've latched onto more strongly than anything else is fly fishing.  Floating a fly and trying to keep up with it is a game in itself, and very visually satisfying.  Having a fish take the fly right in front of their face is thrilling. Even the fight is 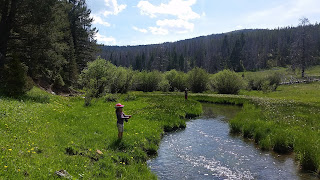 
Several folks may balk at this, but I think fly fishing is also simpler to teach.  At the most basic level, it is very simplistic and straightforward.  No casting and reeling.  No guesswork. No bait.  No lures to bring life to.  Just fling and float. 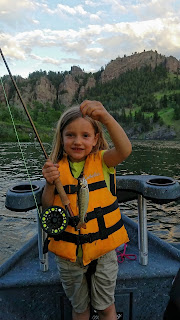 So far the only catches either of my kids have made unassisted have been on flies.  And don't tell my son, but his little sister is beating his pants off.  On a recent trip to a prolific little stream loaded with small cutthroat, I had them trade off.  One would cast till they caught a fish, the other would net it.  Then they would trade gear.  Lets just say that my daughter had plenty of time to net butterflies....  And when she had the rod, I mostly just stood by and gave pointers.  When my son holds the rod, direct interaction is usually required. 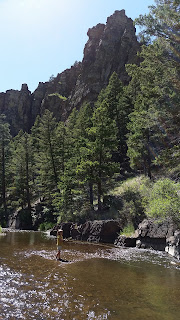 On a recent float my daughter hooked and landed her first trout from the casting brace in the bow of the drift boat. At dusk the hatch became so thick and the trout activity so heavy that even my son put down his legos and picked up a rod. I anchored on a good seam that was loaded with feeding fish and put my daughter to work in the bow. My son moved to the back and started making his own casts - earnestly flopping his fly toward every rise within his reach. I was on a steady march back and forth from bow to stern untangling lines, digging hooks out of flesh, and facilitating casts on occasion. It was mayhem, but they were really getting after it.

Our adventures by no means involve only fishing.  There's lots of tree climbing.  Holes to dig. Fires to build.  Rocks to turn over. Buckets to fill.  Bikes to ride.  Bike crashes to recover from.  "Caves" to explore. Bears to chase.  Stuff to watch in the binoculars.
You know, summertime. 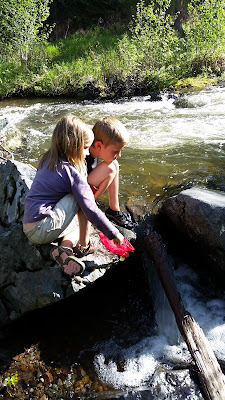 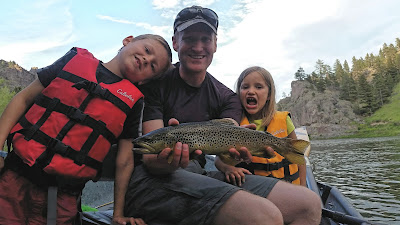 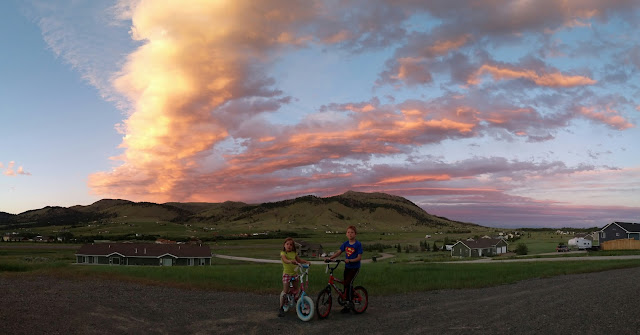