I'm becoming a bit of a jig fisherman. Jigs have always been a mainstay in my arsenal from largemouth bass to saltwater, but lately jig fishing has taken more of a grip on me as I have been catching trophy trout with them almost everywhere I go across Montana - from famous to obscure water. Living in Montana, first in Billings and now in Helena, has been the first time since 2002 that I've been back in my river element. I grew up in the Southern Appalachians of North Carolina, immersed in streams of all sizes where trout and smallmouth bass were my bread and butter.  College was largely a means to fish, and Western Carolina University, 35 miles from home, provided an excellent launching pad.  Graduation took me to Texas for a bit more school.  I wound up in a graduate project on a coastal marsh where I spent all spare time on the salt flats chasing redfish, trout, flounder, and wild hogs.  A first job took me to Washington State where I learned the art of drifting for steelhead in small streams and focused on little else for six years (thanks Joe Gardner!). 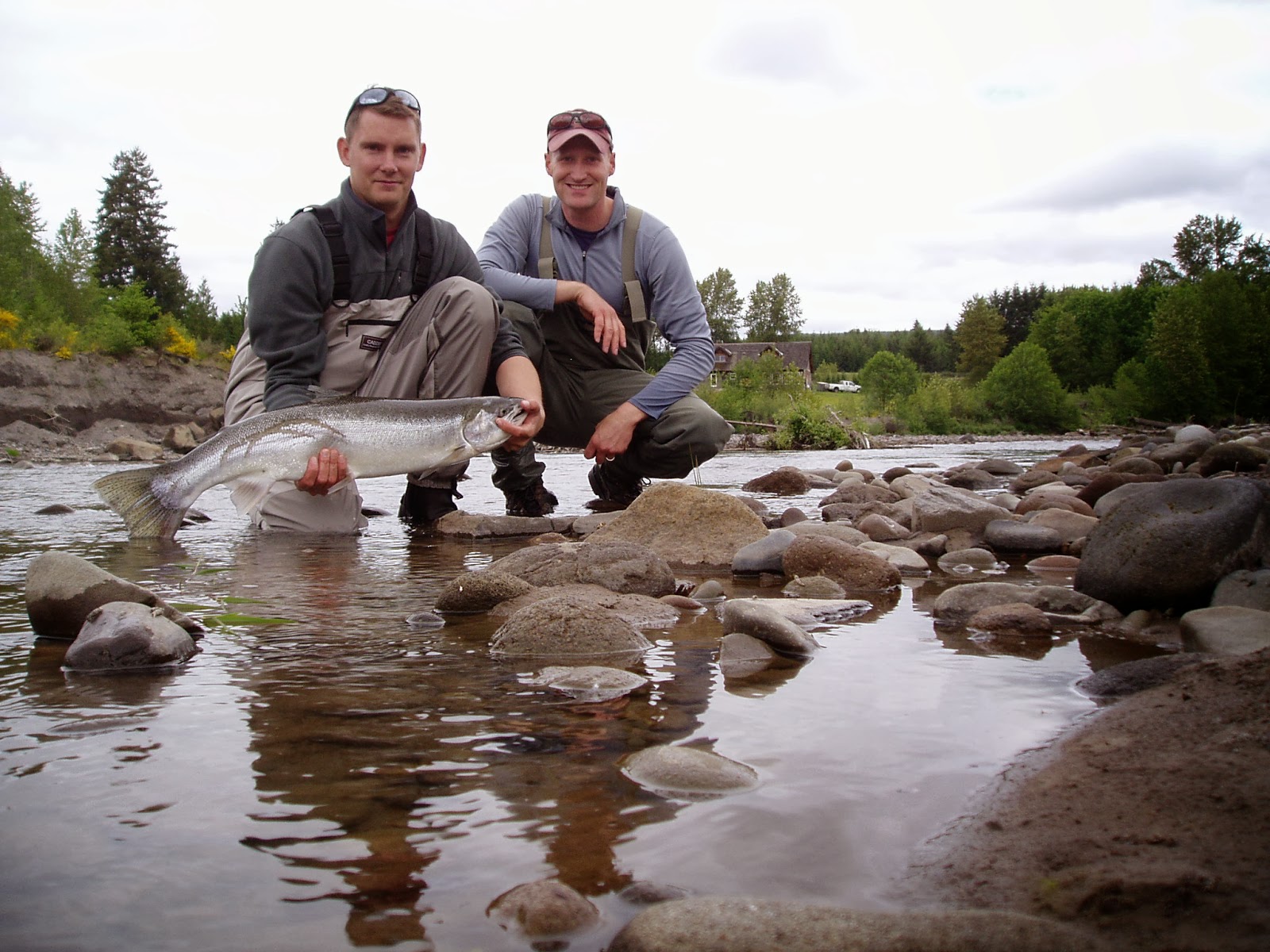 But, I am completely in my element on a trout stream or smallmouth river, and its nice to be back in my sweet spot.  I've been living in Montana now going on three years and am drinking in all there is in the outdoors that appeals to me - from the elk woods to the badlands - and of course, fish.  My work, centered around gravel mines, takes me all over the state.  I see waters of all sorts, and I always travel with fishing gear. Anywhere there's a road there's a gravel mine, and those roads often lead to places - and waters - the tourist rarely sees. Sometimes it's in my travels for work, sometimes it's on a return trip or new adventure with my family, but I seek out waters that appeal to my insatiable desire to find big fish.  "Big" is of course relative to the water and the species.  I'll jump up and down over a 12-inch brookie in a Smoky Mountain stream same as I will over Pacific Northwest salmon. 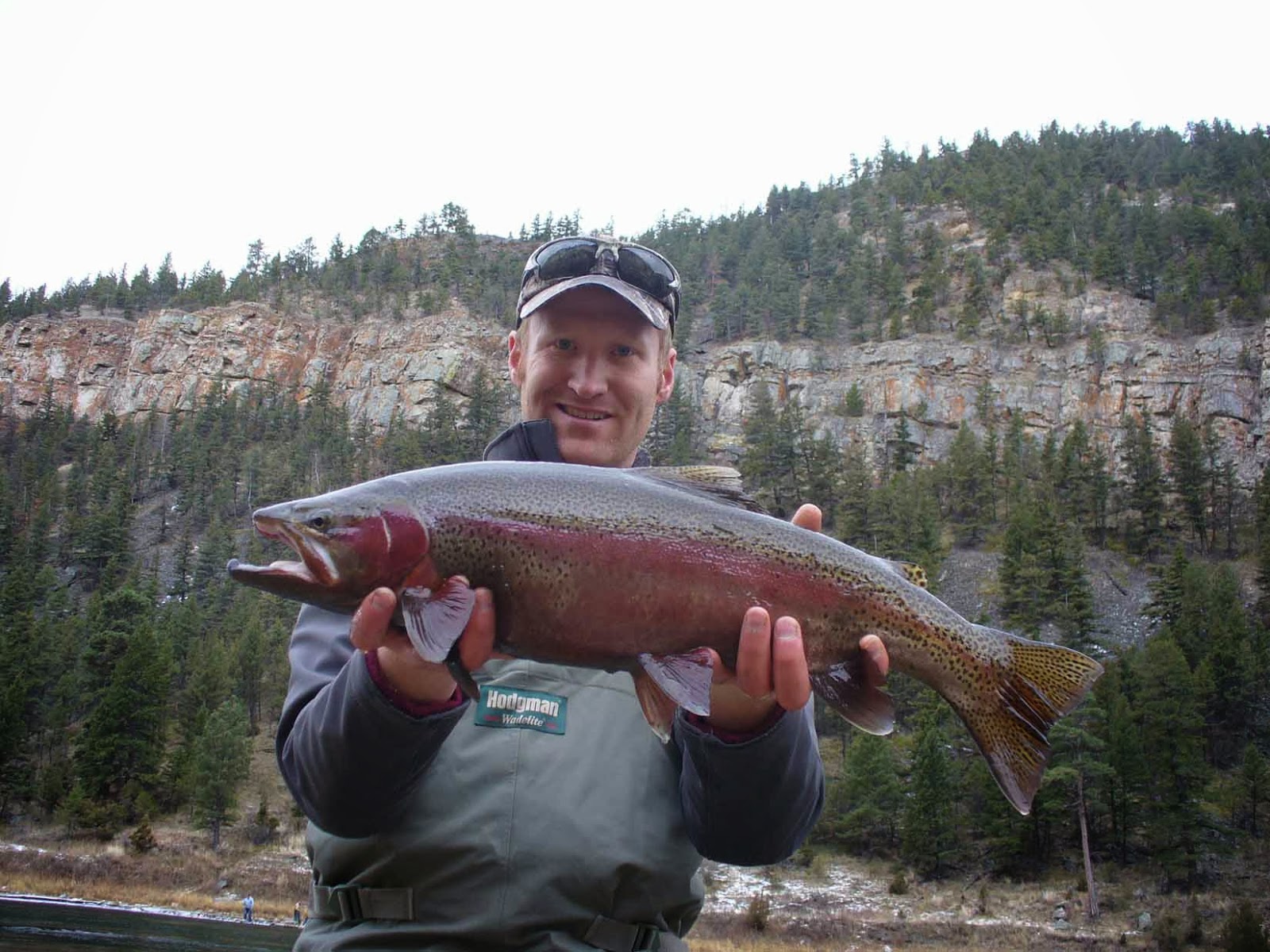 If fisherman have a portfolio, my Montana section includes smallmouth from places like the Tongue and Yellowstone Rivers to Fort Peck Lake, northern pike from Fort Peck to the Milk and Marias Rivers, walleye from the Missouri to tiny central prairie streams, largemouth in eastern Montana irrigation systems, lake trout in the last Montana tailwater section of the Missouri before North Dakota, incidental catfish that picked up a jig where a big brown should have been, and, of course, trout.  Trout everywhere - from eastern waters that have never found their names in print associated with trout, to big famous tailwaters like the Bighorn and Missouri, to nearly muddy prairie streams, to the gorgeous blue ribbon streams across the mountain region of the west.  And in nearly all those waters, jigs have taken trout of awesome proportions.  In spring of 2013 alone jigs accounted for fish of 20 inches or better in at 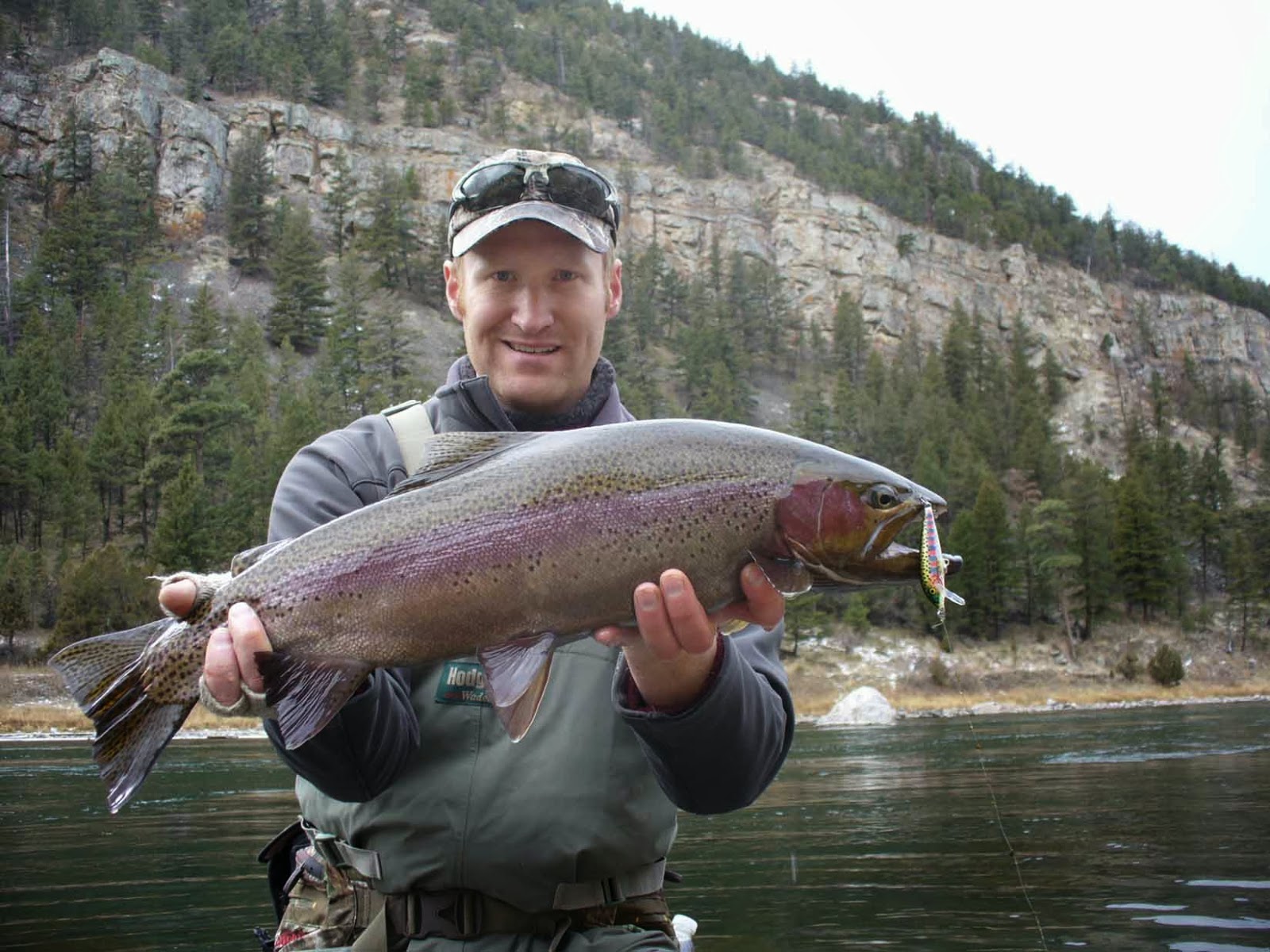 least five Montana streams.  2014, as cold and snowy as its been so far, has already seen more than a dozen in that size class, several of which were more appropriately measured in pounds than inches.  Fly gear has its place, and there are many times that there's nothing I'd rather do than fly fish. But jigs are awfully effective.  And any 'cracks' jigs leave in the water column, plugs fill in nicely.  Together they thoroughly fish all water below the surface, water you often could barely hope to skim with regular fly gear - and to me, if I have to convert my fly gear into heavy, bottom-seeking tackle, I'd rather trade it in for the spinning rod.  I won't force my fly rod to do what my spinning rod could do better, and I won't ask my spinning rod to do what my fly rod excels at.  I will save my discussion on "purism" in one form or another for another time... 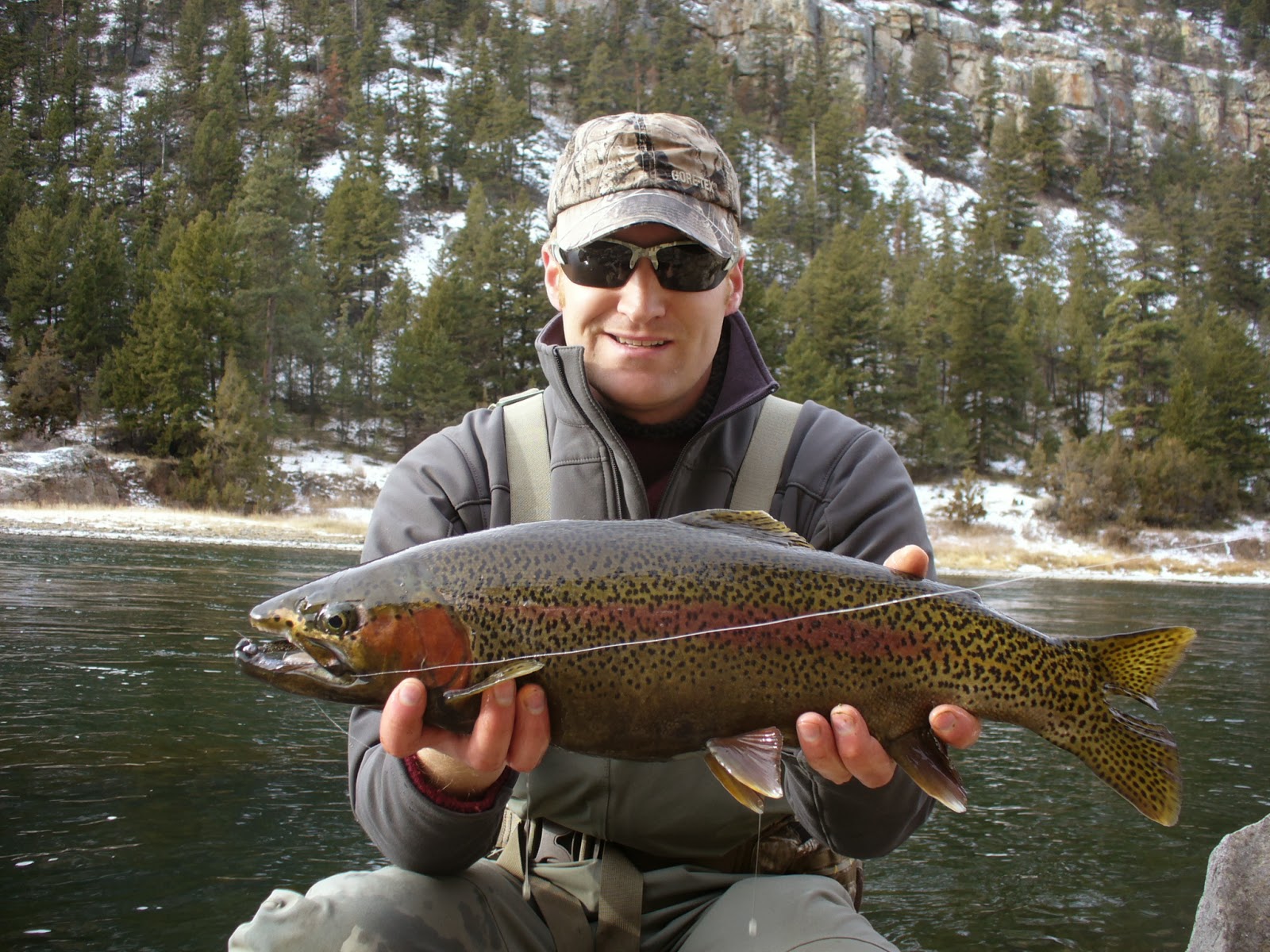 Lately I have been spending my time on the big waters of the Missouri with my nine-and-half-foot spinning rod in hand - a G. Loomis from their bronzeback series.  It's the rod I spent those years drifting for steelhead with, and it is well suited to taking large fish on a light line.  It also does a phenomenal job of presenting a light jig in big water, allowing line to be lifted above current and even mended as you would a fly line.  The presentation may look more like a live bait or nymph drift (dare I lump those two together), but its peppered with jerks and pops that bring the jig to life.  Its an intuition that connects you with the river bottom, swimming your jig through the world you can't see.  If you snag, you're in the right place.  If you get to the right place and don't snag, you're doing it right. 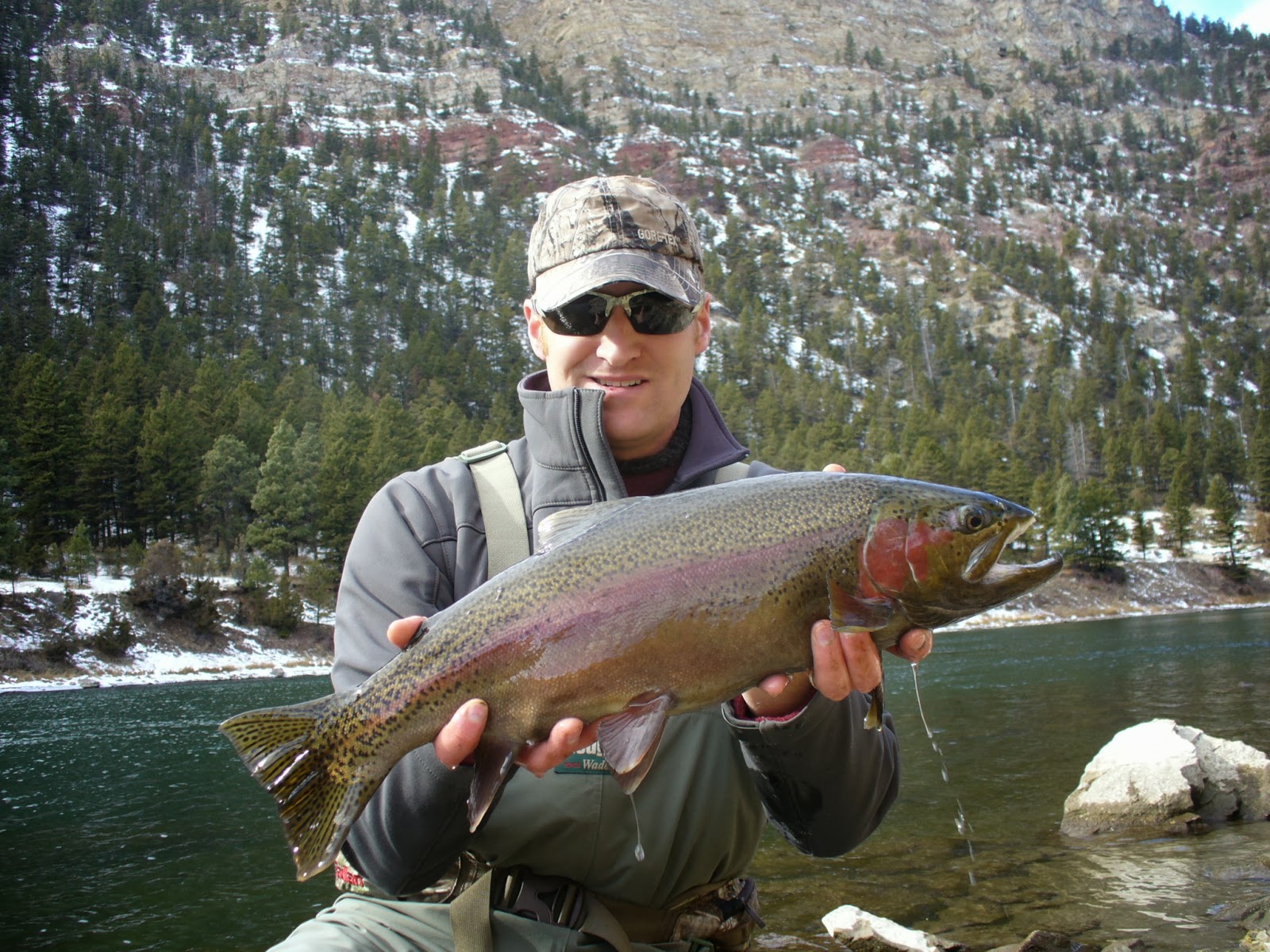 When Brandon Henson, a Pisgah High School classmate and very accomplished banjo player, dropped in on me last summer, I lamented to him that fiddle playing hadn't stuck with me all those years ago in North Carolina where I took lessons as a kid.  This lament came as we were catching cutthroats with dry flies on a picturesque southwest Montana stream. Rather, while I was catching and doing my darndest to get him to connect with more. He pointed out very eloquently that I was making my music right then. I kind of liked that. And it was true. I do make my equivalent of his music on flowing water rather than a set of strings. 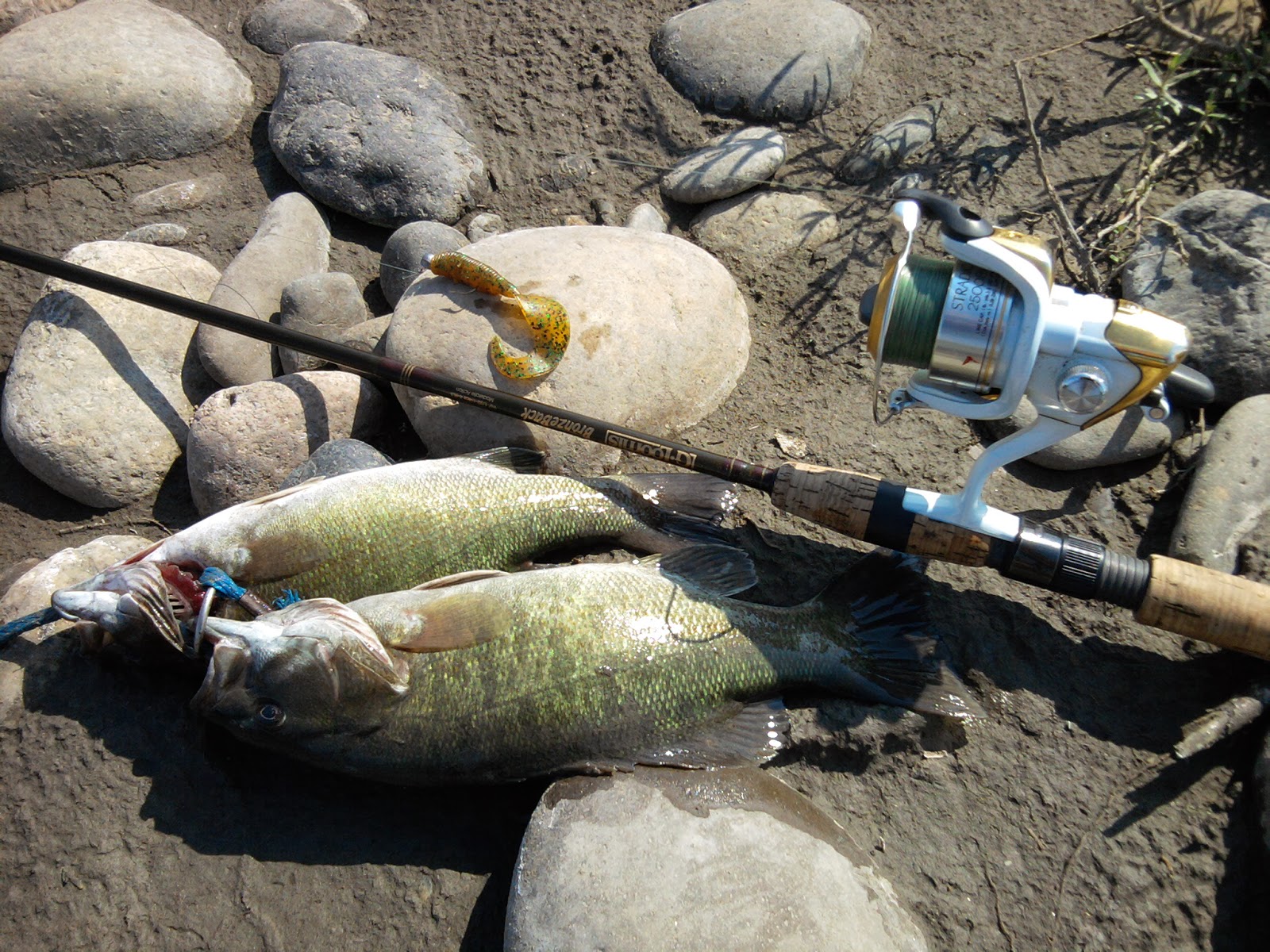