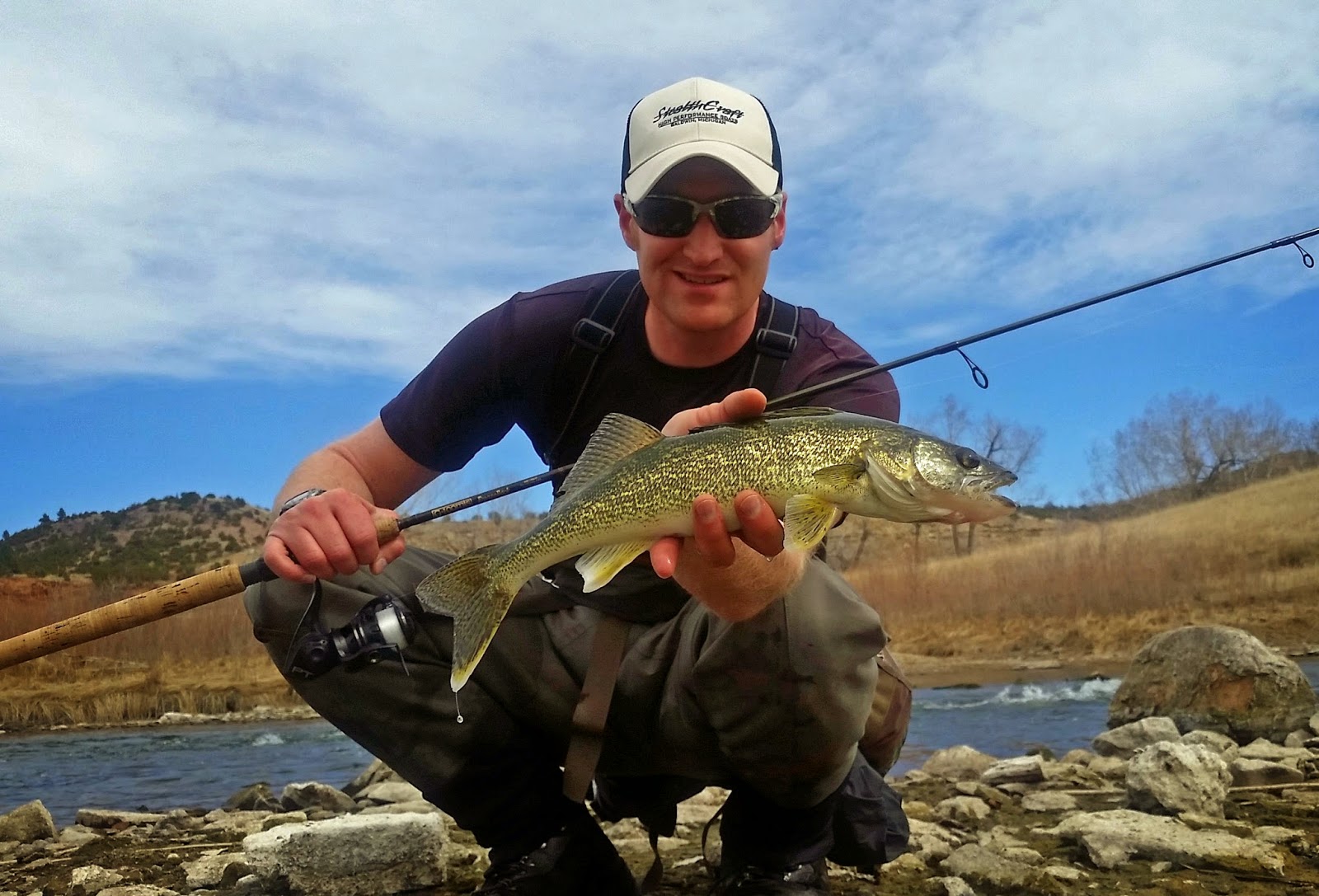 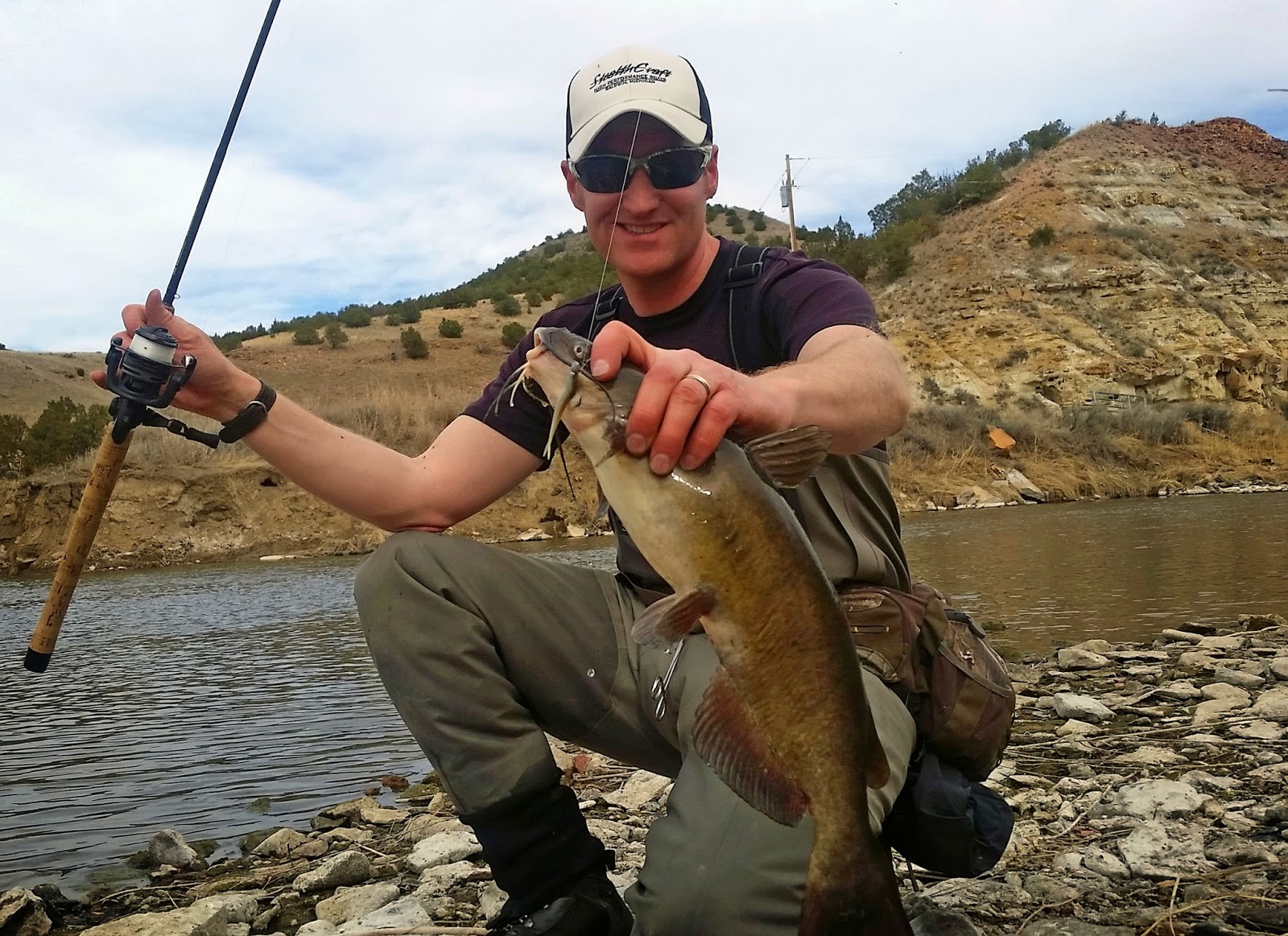 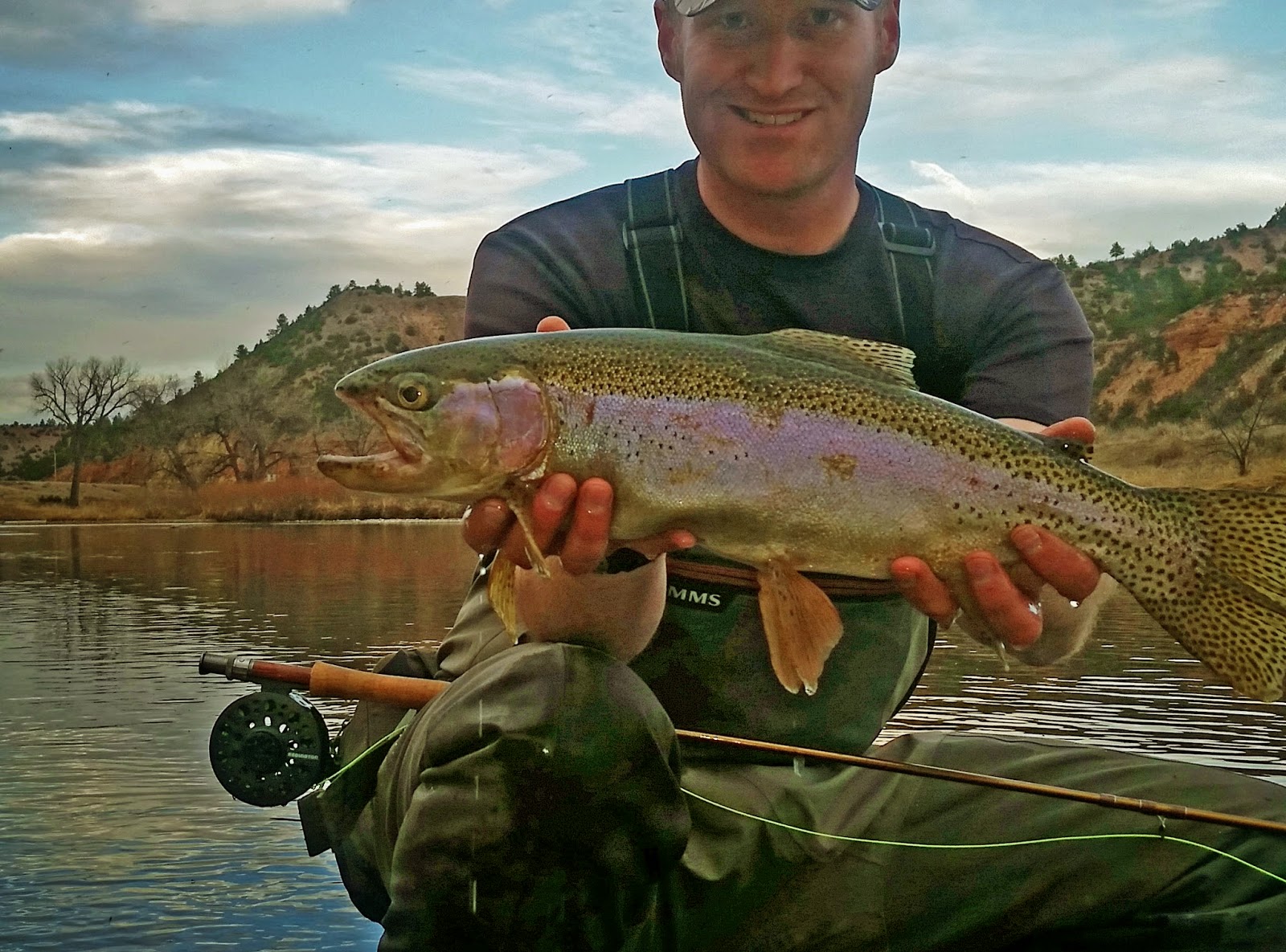 I crept through the bushes in the waning light and sat 20 yards from the little eddy trying to determine what to tie on.  The hatch wasn’t thick, which was kind of nice really, but I couldn’t quite make out what it was.  They were definitely feeding on the surface, taking small baetis or something.  I opted to go with a tiny parachute Adams (16 or 18).  Similar size and color, easy to see.  Plus, I like them…
First cast drifted through untouched.  Second cast brought a big wide snout out of the water followed by a lazy dorsal as it rolled back in.  The water boiled with a girthy fish when I picked up the line for the hookset.  He quickly took my loose line and was on my reel as he shot across the hole and shattered the pink reflection of the sky.  At the first sign of me being somewhat in control I pulled out the tripod and set it on a decent looking rock.  I brought the fish alongside, lifted him for shot, popped out the fly with a push of my thumb, and back it went.  What a fish to find feeding on the surface!  Right then I noticed that the feeding hadn’t stopped.   Despite the low water and the thrashing the fish had just given the hole as he’d done his best imitation of a tarpon, the feeding resumed as if nothing had happened.  It was a little more spread out now, but that may have simply been the onset of darkness.  I picked out another one and laid out a cast to drift into its lane.  I spooked it though, by lining a fish above it I wasn’t aware of and both fish moved off.  I few tries later and I was hooked up with number two.  He took at the extent of my cast and was instantly on the reel.  But the drag wasn’t loose enough for the kind of surge he made and the tippet popped before I could do anything about it.  Number three came off in a jump and number four straightened out the hook – or did number three straighten me out and number four just slid off as a result….  who knows.  I failed to check to the fly after number three came off.  But that was it.  The feeding abruptly ended and as darkness set in.  That didn’t keep me from trying a few more things, but no more action.  Still, that had been some of the best dry fly action I’d had in a while, and certainly the longest string of big fish I’d tied into on top in a long time.  It had been more like hitting a sweet run in September when big browns are slurping hoppers.
Posted by Bryan Allison at 1:08:00 PM No comments: