A lion and a deer. And a pick-up truck.

It was the second mountain lion I'd seen this year.  The first had been after an overnight fishing trip in June.  This one was at the beginning of a deer hunt.  They both came with other significant things - the one in June had been my first 30-inch brown trout.  This one came with a unique buck.

This has been a full fall.  Not necessarily in the busy sense, but the satisfactory. It was filled with good trips, lots of action, and multiple hunting partners with successes.  Even a tank of a brown trout made it to the net between hunting trips.  I was with one guy when he took his first animal ever.  I helped quarter and pack another friend's 370-class bull-of-a-lifetime. 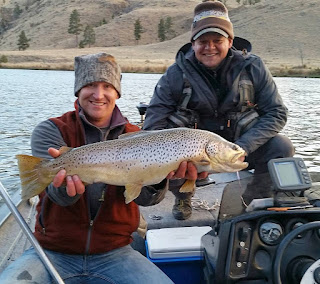 I watched two different hunting partners make their longest shots yet, and both animals dropped where they stood.  I was with another hunting partner when he took his first two antelope on consecutive days. And then there was my own action.  One day in particular stood out over the others.  A day where I took a big game double out on the rugged prairie.

In September,  night trips for big browns morphed into nights sleeping on the ground among sagebrush once bow season kicked in. There were encounters with bulls, including a time I walked in on two battling it out and still didn't get a shot. I never fired an arrow of my own all season long, but took part in packing two archery elk.

I spent time trailing bucks.  Good bucks on three different hunts.  One day I followed a bachelor herd of seven the entire day without ever closing the distance to bow range. Four were shooters.  The biggest had back forks that forked twice and sported extra kickers on top of that.  I vowed to return during rifle season..... 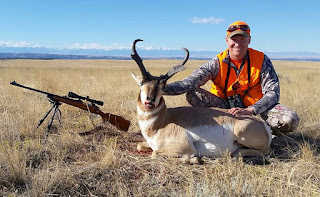 Opening of antelope in October was a blast.  Myself and two hunting partners tagged out on bucks and a couple does.

On opening of general rifle season two weeks later my hunting partner and I made some moves on an elk herd across canyons and burns at high elevation that resulted in a bull taken.  Our day had begun at 2am and with a thirteen hundred foot vertical gain.

And rifle deer was yet to come. 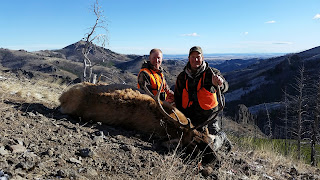 Deer hunting - and more and more mule deer hunting in particular - is my favorite.  Especially during rut. I look forward to the waning side of November every year and reserve a block of time toward Thanksgiving to be devoted to it.  This year I had a specific place in mind - right back in the same basin that I'd followed that bachelor herd around in with my bow.

For three consecutive years I've been elk hunting in a piece of scrubby, broken, and rugged country during archery season.  Each year I've seen good bucks.  And each year I'd sworn I'd return during rut to hunt it in rifle season.  Somehow two years had passed without making it happen.  And the first trip I'd planned this year in mid-November was snowed out and hampered by single digit temps.  The trip just wasn't smart to make. 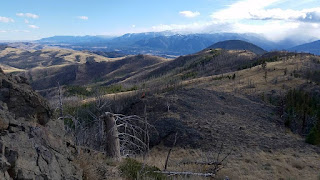 But the weather broke and warmed to the point that as the last week of the season approached, I could foresee the possibility of breaking out the bivvy gear and putting it back into use.  Nights were not forecasted to drop lower than the upper 20s.  Sleeping on the ground would make penetrating the country I wanted to hunt possible.  The plan for this hunt was very clear - target the area I'd seen most of the largest racks and glass for days.  I would be passing on all until I found a buck of the caliber I knew was there.  But all that can change.  Expect the unexpected and be flexible.